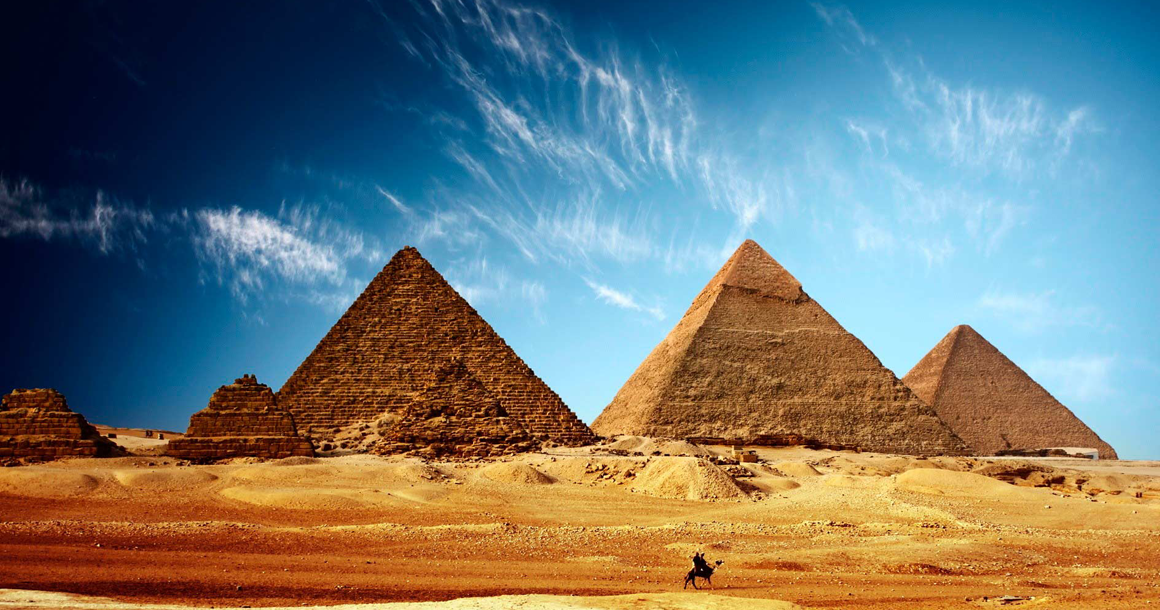 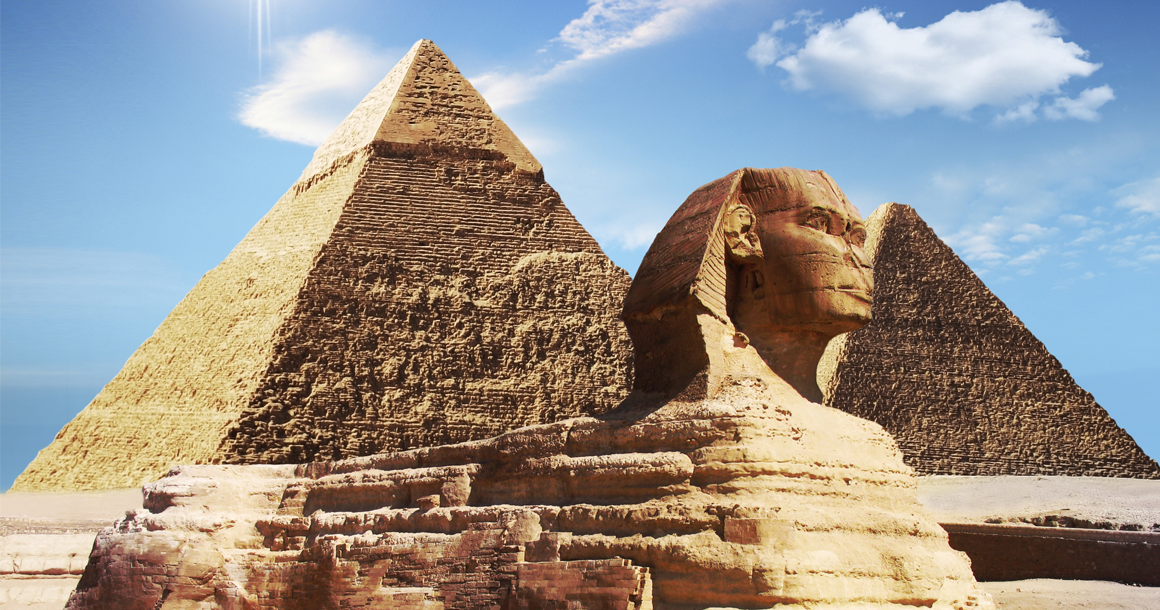 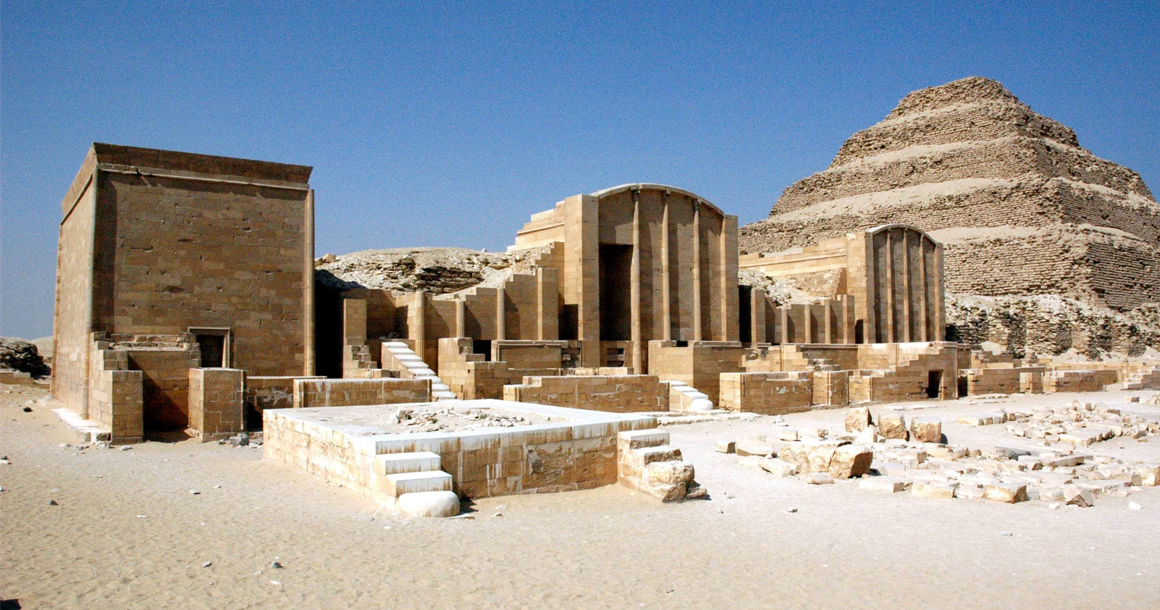 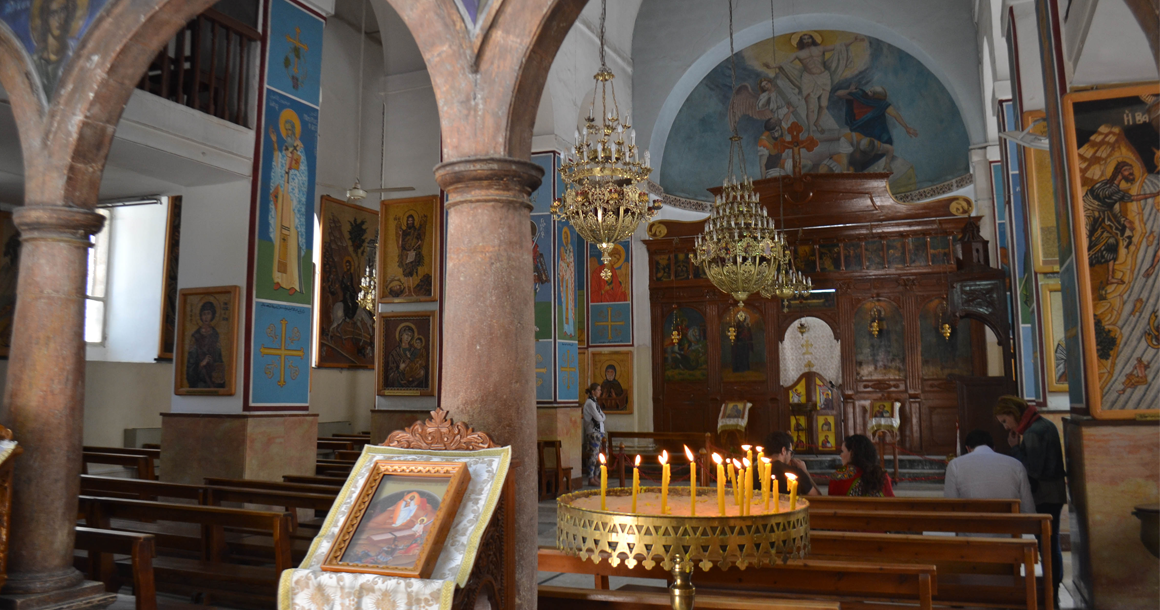 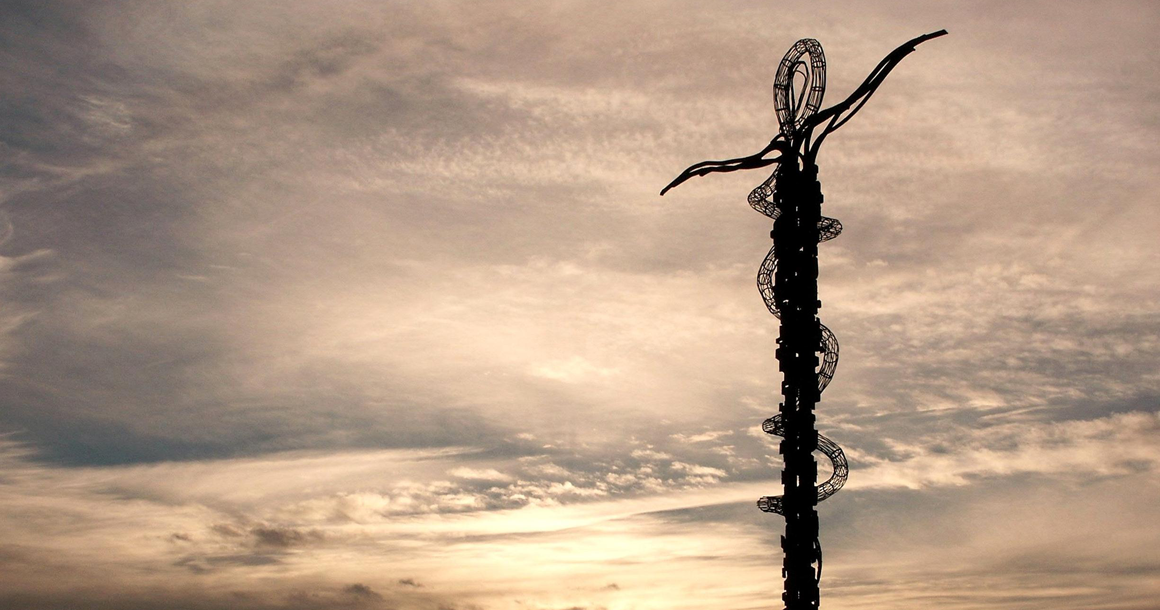 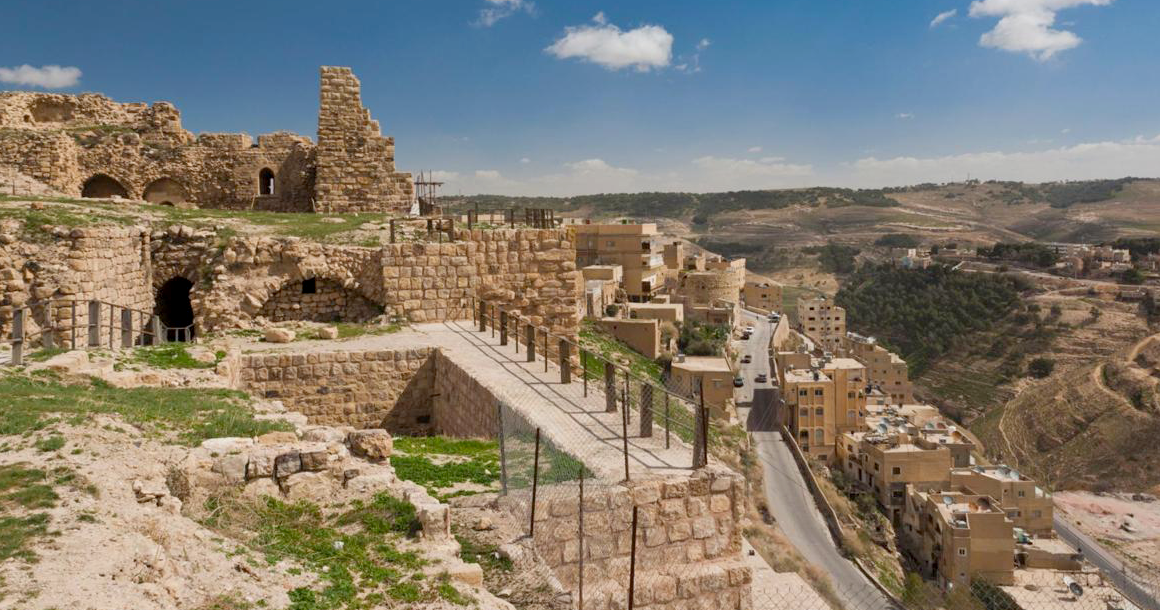 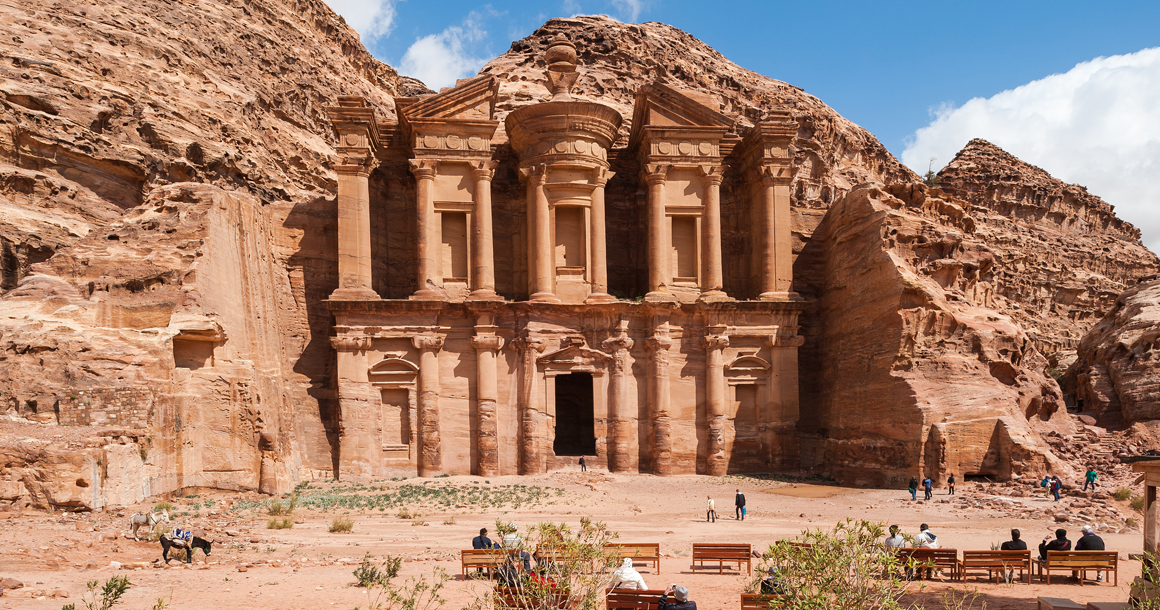 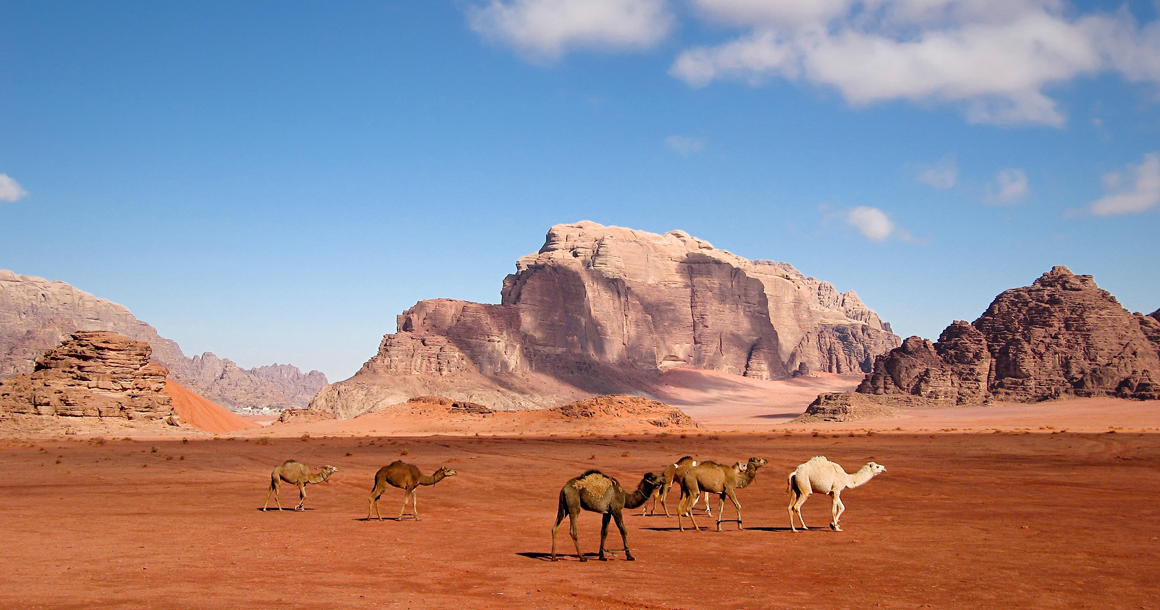 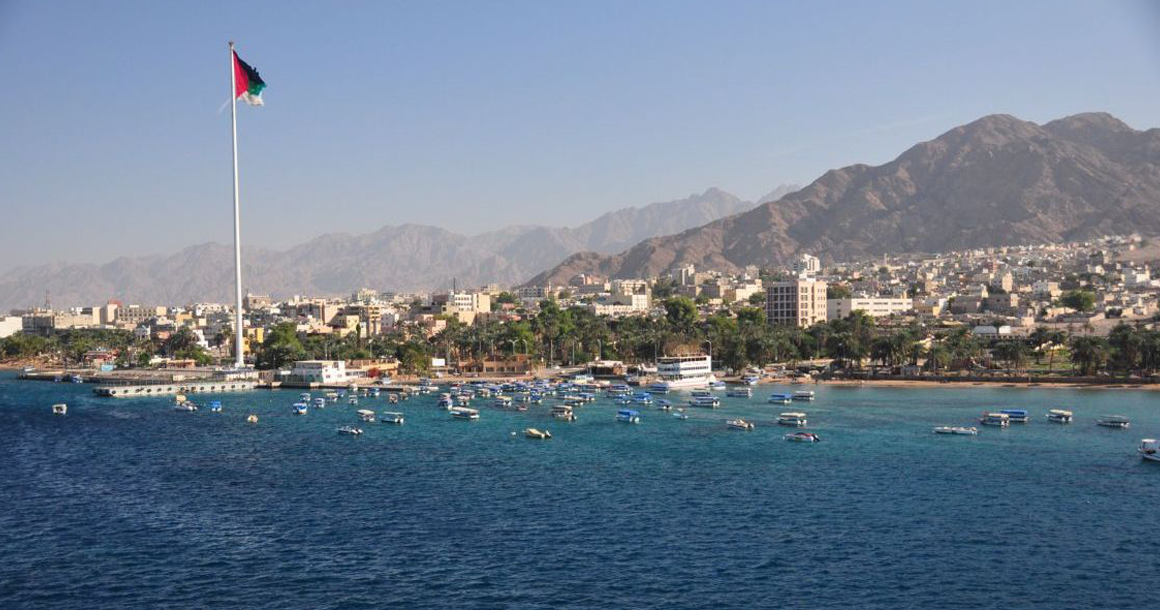 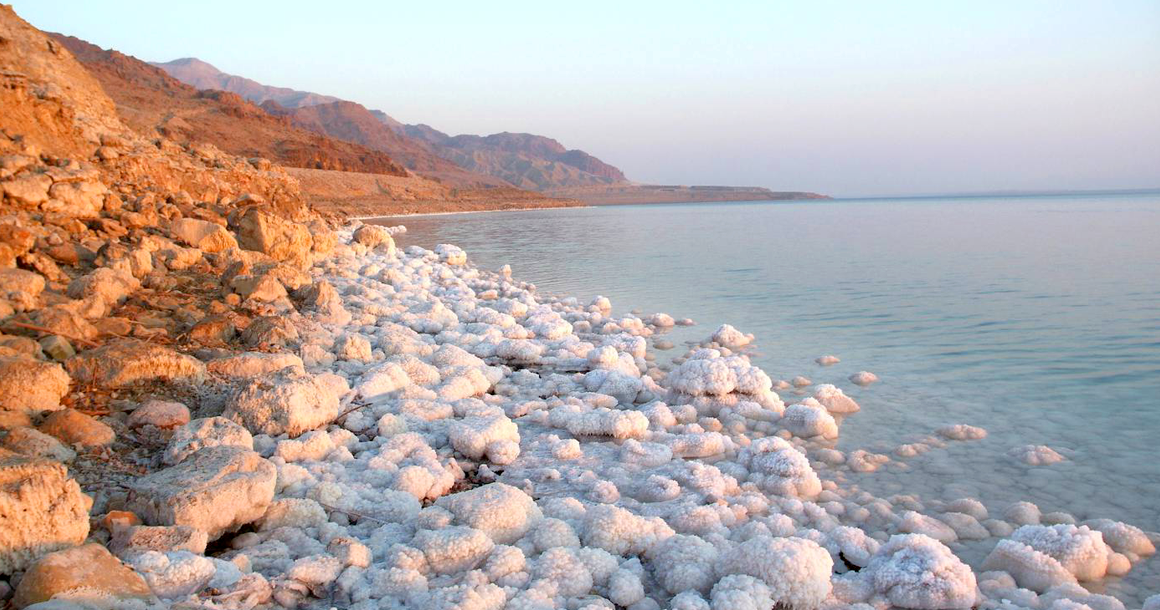 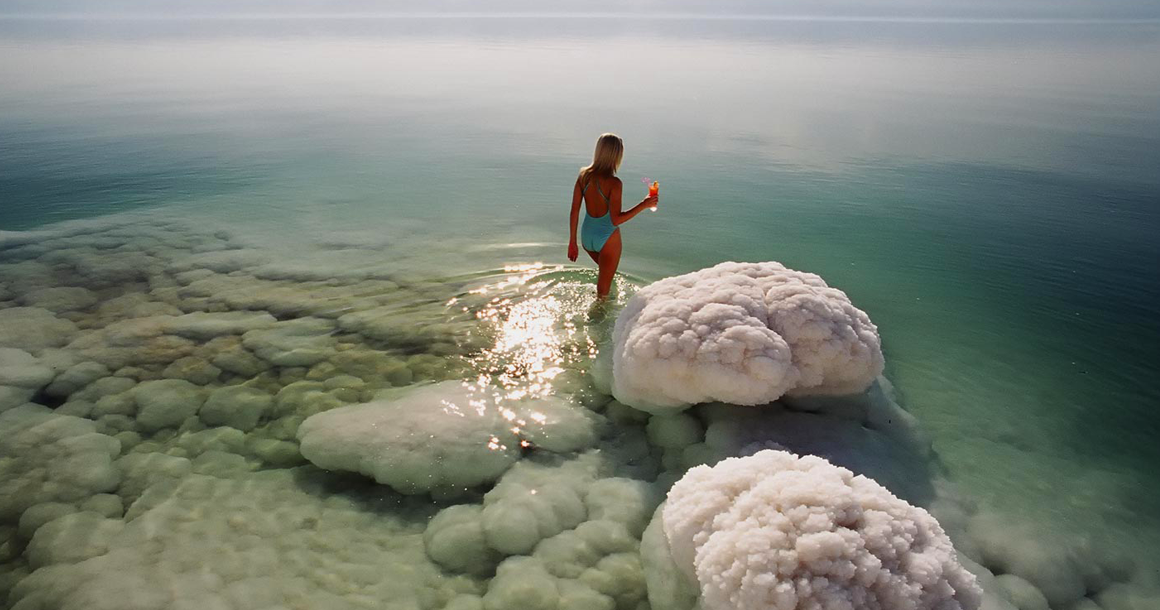 Day3 Cairo-St. Catherine-Taba
Early in the morning climb the mountain of Sinai then have your breakfast then visit the monastery of St Catherine. Overnight in Taba.

Day4 Taba-Aqaba-Petra
Cross into Holy Land then Jordan via Taba/Aqaba borders. Proceed to Petra for visit & overnight.
Petra This erosion-hewn masterpiece was rediscovered by a Swiss explorer in 1812. It can be accessed on a walk through a penetrative, narrow siq, is the hidden valley where the Rose City of Petra lies. Here you’ll come across the spectacular Treasury of Petra. One can enjoy an Indiana Jones moment as it was this building where the Holy Grail’s much coveted by Indy rested. Petra is full of ancient tombs and ruins. An incredible place, it’s like an eighth wonder.

Day5 Petra-Amman
Drive to Amman. Arrive, city tour and overnight.
Amman This city offers a number of historical attractions including a 2,000-year-old Roman amphitheatre, the Museum of Popular Traditions and the National Archaeological Museum. If you visit the Forum and Citadel Hill, you’ll see the few remaining Roman ruins of Amman (including a temple of Hercules). For newer attractions, the Jordan National Gallery displays modern Middle Eastern art. Don’t miss the enormous King Abdullah Mosque, completed in the late 1980s.

Day6 Amman – Madaba – Mt. Nebo – Dead Sea – Holy Land
Drive to the mosaic-filled city of Madaba to visit the Greek Church of St. George. Proceed to visit Mt. Nebo; the site where Moses overlooked the Dead Sea, and to see the church at Mt. Nebo houses sixth century mosaics which are being uncovered as you watch. Drive to the lowest spot on earth “the Dead Sea”, at 1,306 feet (400 meters) below sea level. You can take a swim where it is impossible to sink; read a newspaper while lying on your back in the sea. Transfer to King Hussein Bridge, cross into Holy Land.

Day9 Holy Land-Amman Departure
Transfer to Amman Airport for departure to Dubai. Arrive Dubai Int’l Airport, met and assisted by our representative at airport and transfer to your hotel in Dubai.

Day1 Arrival Cairo
Arrival airport and transfer to your hotel.

Day2 Egyptian Museum, Citadel & Old Cairo
Our first stop is the Egyptian Museum, which features artifacts from the Pharaonic period. The museum displays a rare collection of 5000 years of art, the largest most precious collection of Egyptian art in the world. Over 250,000 genuine artifacts are on exhibit, including a collection of treasure, gold and jewelry found in Tutankhamen’s tomb during excavations in the early 20th century. Next are Citadel of Salah El Din, Mohamed Ali Alabaster Mosque and Khan El Khalili Bazaar. You will also go on a tour of Old Cairo to visit the Hanging Church, Abu Sirga Church and Synagogue before returning to your hotel.
Evening- Enjoy a night on the Nile while you are in Cairo. You are invited to dinner on a cruise boat for two hours, sailing down the Nile with a belly dancer, folklore show, western music and dinner. You’ll be delighted by our Chef’s menu which includes a selection of Egyptian favorites, made with the freshest and most finely prepared ingredients. This is truly a memorable dining experience!

Day3 Giza Pyramids, Memphis and Sakkara
Our tour representative will pick you up from your hotel to enjoy a private excursion to the Three Pyramids of Giza: Cheops, Chephren and Mycerinus. Next is a visit to the Great Sphinx, the head of a pharaoh with a lion’s body, which dates back to the time of Chephren. The tour also includes a visit to the Valley Temple, which belongs to the Pyramids of Chephren. Next Your Private English Egyptologist guide will head you to Sakkara to visit the Step Pyramid of Djoser, the world’s oldest major stone structure. It was built in the 3rd Dynasty (around 2630 BC) for King Djoser. After lunch at local Egyptian restaurant, we will travel to Memphis, which was founded by King Menes and was the capital of Old Egypt during the Old Kingdom. It was considered to be a center of rule and culture for over 3000 years as the first capital of Egypt. Here we can see the Statue of Ramses II. Before heading back to Cairo you will have some free time to a papyrus and perfume small factory.

Day4 Cairo-Amman
Transfer to airport for departure to Amman. Arrival and proceed for a city tour of the capital:
Head first for one of Amman’s most impressive sites, the Roman amphitheater. Carved into a hillside, this stunning 2nd-century structure is the most notable remnant of Philadelphia, the ancient city that once stood on the site of Amman. Admire its tiered sides and imagine its seats filled with the 6,000 spectators who once gathered here to watch plays. Next, visit Amman Citadel, a walled, hilltop collection of antiquities above the city. Stroll around the timeworn Roman, Byzantine and early Islamic relics, and visit the Citadel’s Amman Archaeological Museum to see its displays of dusty antiquities uncovered by archaeological digs across the country. Then, leave the antiquities behind and focus on the traditional and modern sides of life in this vibrant city. Pass the Raghadan Palace, the burial place of the late King Hussein, and head downtown to see the old markets, mosques and streets stuffed with coffee shops and food stalls. Drive to your hotel for overnight.

Day5 Amman-Madaba-Mt. Nebo-Kerak-Shoubak-Petra
Leave Amman towards Mt. Nebo, where excellent views are offered of the Jordan River Valley, the Dead Sea and (on clear days) Holy Land. A 6th century church marks the spot where Moses at the end of his life is said to have seen the Land of Canaan (he too enjoyed the view). Proceed to visit the nearby town of Madaba. The prime attractions of the venerable city of Madaba (it’s mentioned in the Old Testament) are its many 6th-century Byzantine mosaics. Perhaps the most impressive of these is an enormous 6th-century map of Palestine and Egypt that is located in St. George’s Greek Orthodox Church. A few blocks from the church is the town’s museum, which contains mosaics found in other parts of the region, as well as other ancient artifacts. Drive afterwards to Kerak to visit its Crusader’s castle of 12th century. It was one of the key fortresses the Crusaders used to protect the Holy Land. Today the castle still boasts an impressive view, as well as a moat, lookouts, a dungeon and a chapel – all in good condition. Another castle located further south, just before Petra, called Shobak Once called “Mont Real”, Shobak dates from the same turbulent period as Karak. It is perched on the side of a mountain, with a grand sweep of fruit trees below. The castle’s exterior is impressive, with a forbidding gate and encircling triple wall. Despite the precautions of its builder, the fortress fell to Saladin only 75 years after it was raised. Inscriptions by his proud successors appear on the castle wall. Arrive to Petra and overnight.

Day6 Full day visit of Petra
Inhabited since prehistoric times, this Nabataean caravan-city, situated between the Red Sea and the Dead Sea, was an important crossroads between Arabia, Egypt and Syria-Phoenicia. Petra is half-built, half-carved into the rock, and is surrounded by mountains riddled with passages and gorges. It is one of the world’s most famous archaeological sites, where ancient Eastern traditions blend with Hellenistic architecture. Visit & overnight in Petra.

Day7 Petra-Wadi Rum-Aqaba
Drive to Wadi Rum. Sightseeing the Nature Reserve by 4WD Bedouin double cabin air-conditioned trucks for 2 hours. Perfect choice for people who are eager to see as many places as possible in short space of time, for those who wish to see the most remote corners of the magnificent Desert or those who have a limited time to spend in Wadi Rum. Jeeps are best way to invade depths of the Desert and its scenery within stipulated timeframe, visiting Barrack Canyon, Lawrence Face and Inscriptions, Old Spring and Small Arch.
After then, proceed to Aqaba, arrive, panoramic city tour during which Glass boat trip will be offered to explore the marine life and coral reefs. Overnight stay in Aqaba.

Day8 Aqaba-Dead Sea
A 3.5hrs drive through Wadi Araba road will take you to the Dead Sea and to enjoy a unique float and mud experience. Overnight stay in the Dead Sea.

Day14 Irbid-Umm Qaiss-Jerash-Amman
After breakfast, drive to Umm Qaiss, rite of the famous miracle of the Gadarene swine, Gadara was renowned in its time as a cultural centre. It was the home of several classical poets and philosophers, including Theodorus, founder of a rhetorical school in Rome; one poet called the city “a new Athens”. Perched on a splendid hilltop overlooking the Jordan Valley and the Sea of Galilee, Gadara is today known as Umm Qays and
boasts an impressive colonnaded streets, vaulted terrace and the ruins of two theatres. You can take in the sights and then dine on the terrace of a fine restaurant with a breathtaking view of three countries. Proceed further to the south to visit
Jerash, well-preserved Graeco-Roman ruins of. Built in the 2nd century BC, the town exemplifies the finesse of Roman urban life. Among the ancient attractions are mosaics, a triple-arched gateway, an oval-shaped forum, Roman baths and nymphaeum replete with ancient fountains trimmed with dolphins. The traditional Roman street is very impressive and still boasts chariot ruts, whilst the well-preserved South Theatre boasts astonishing ancient amplification. Arrive to Amman for one night stay.