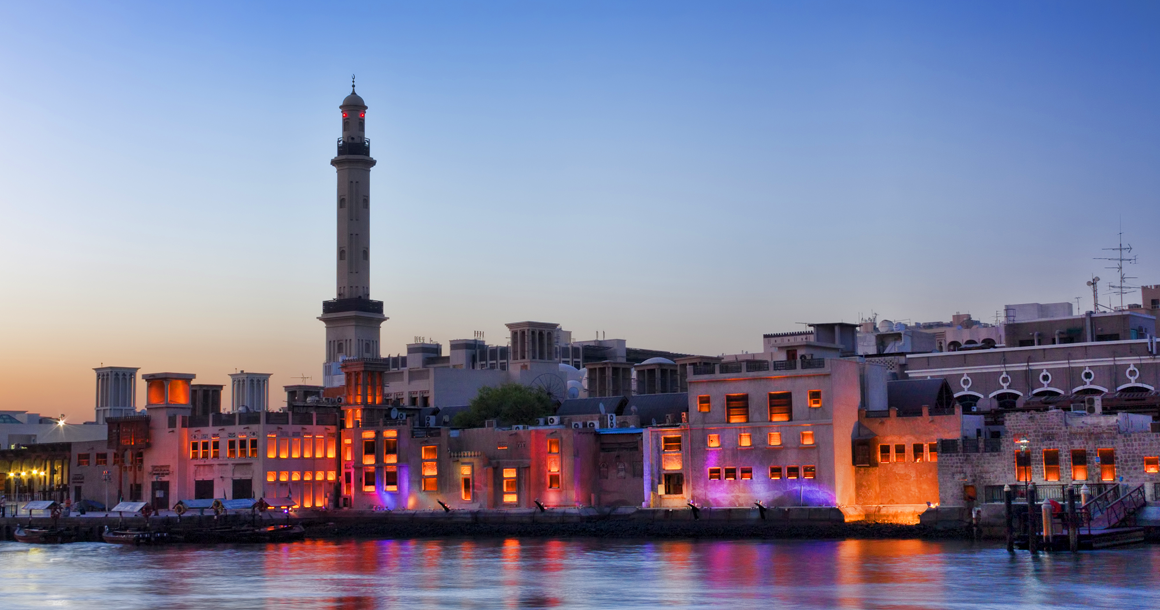 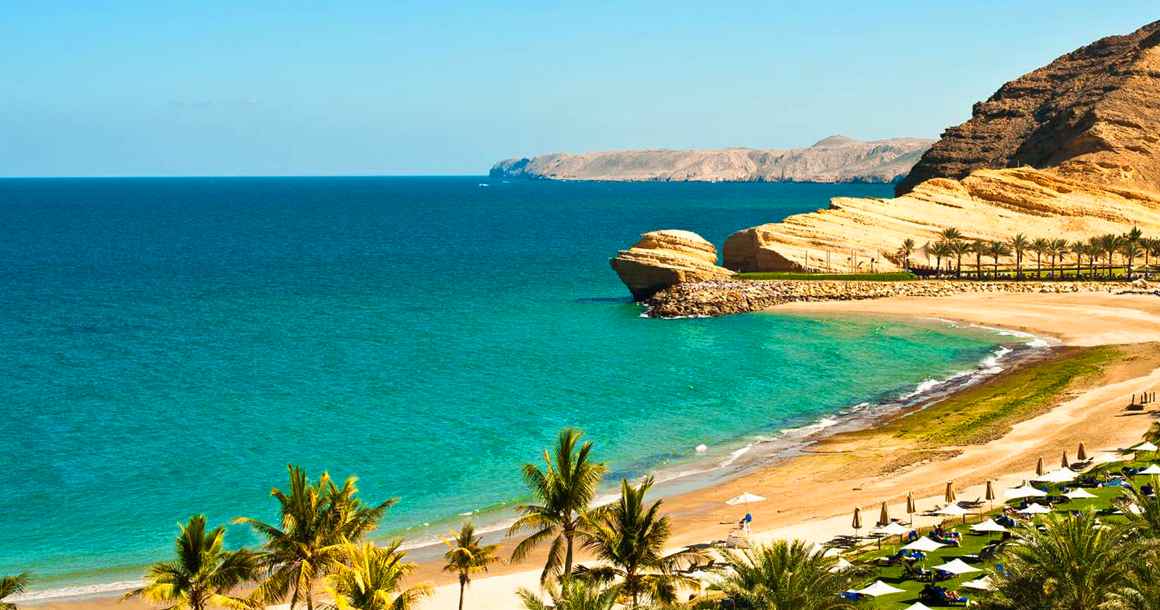 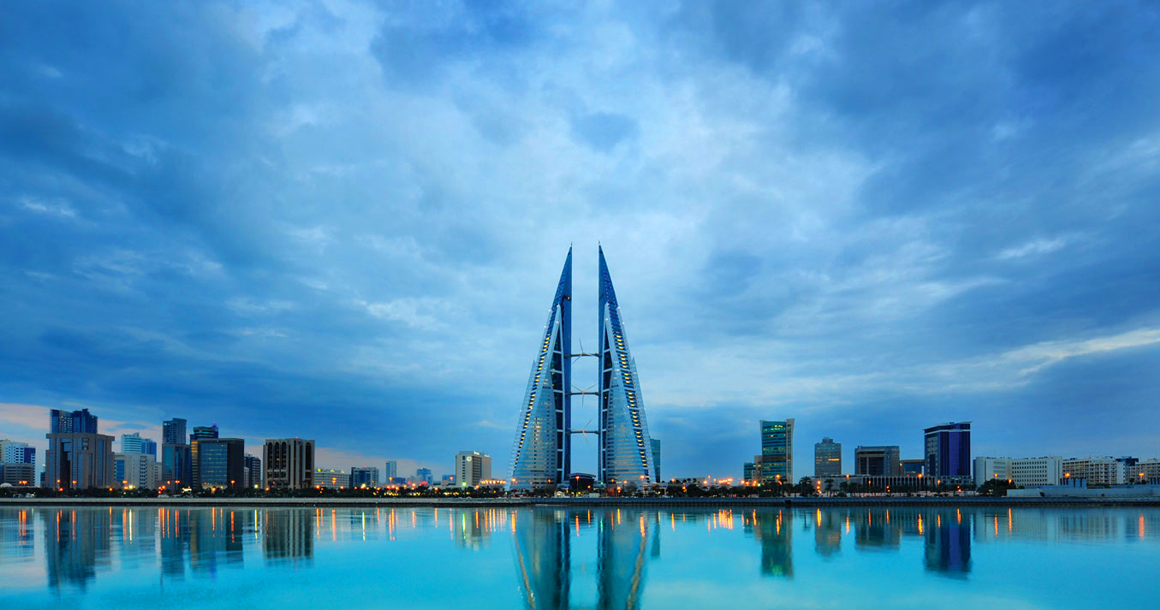 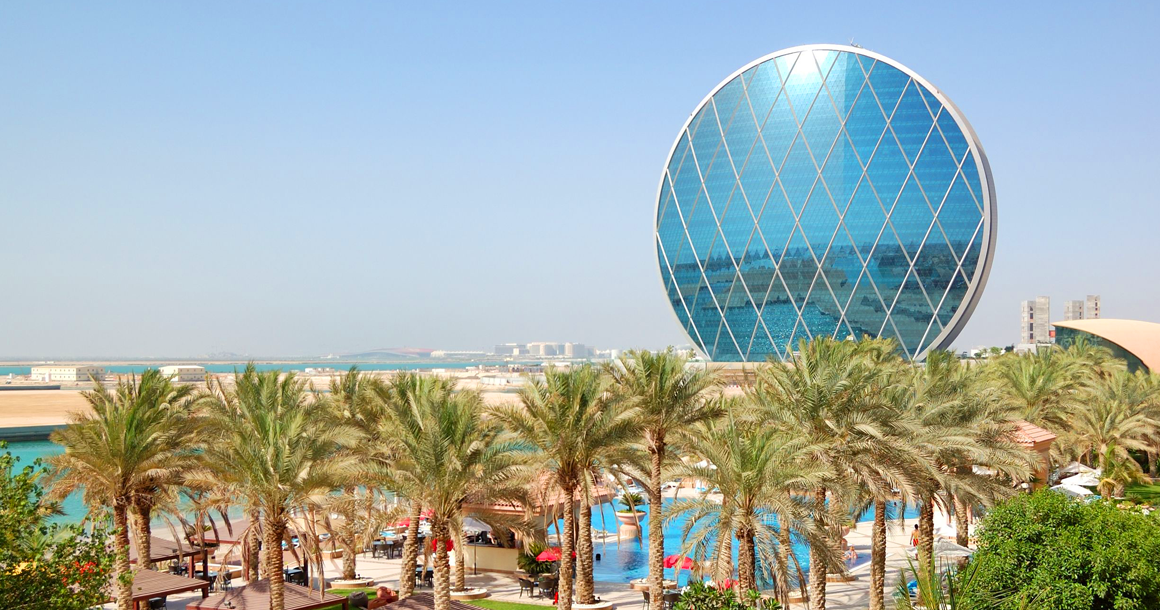 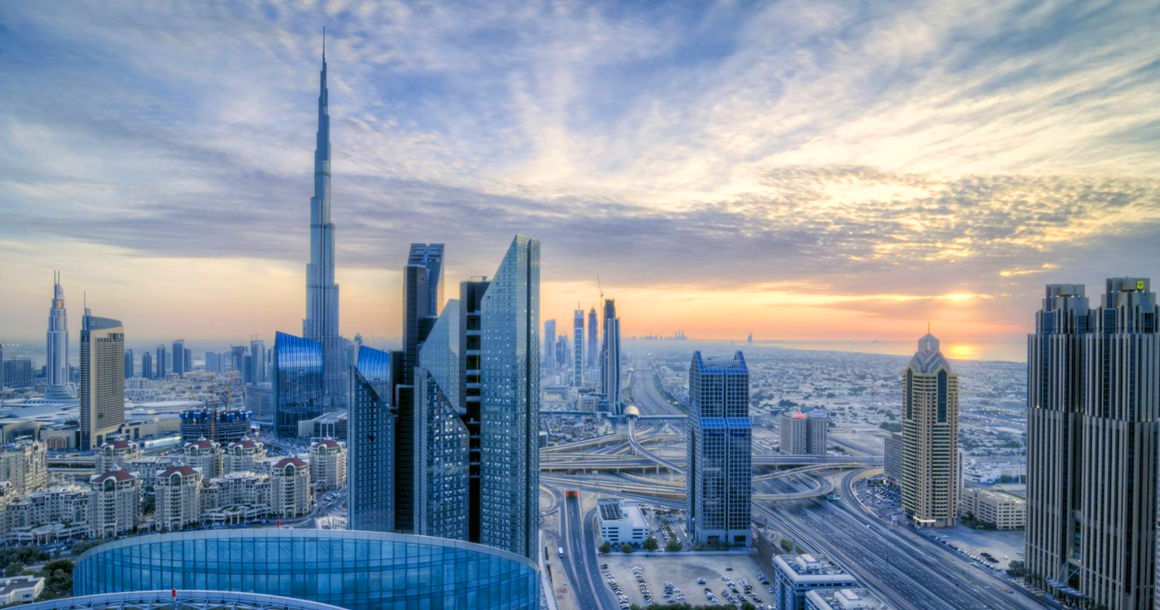 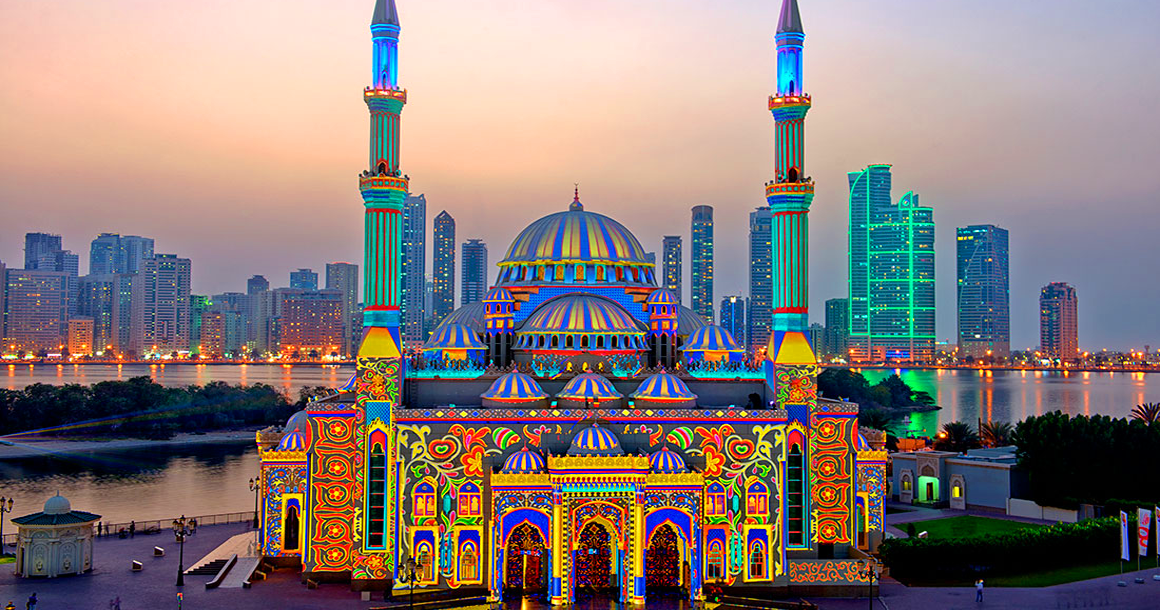 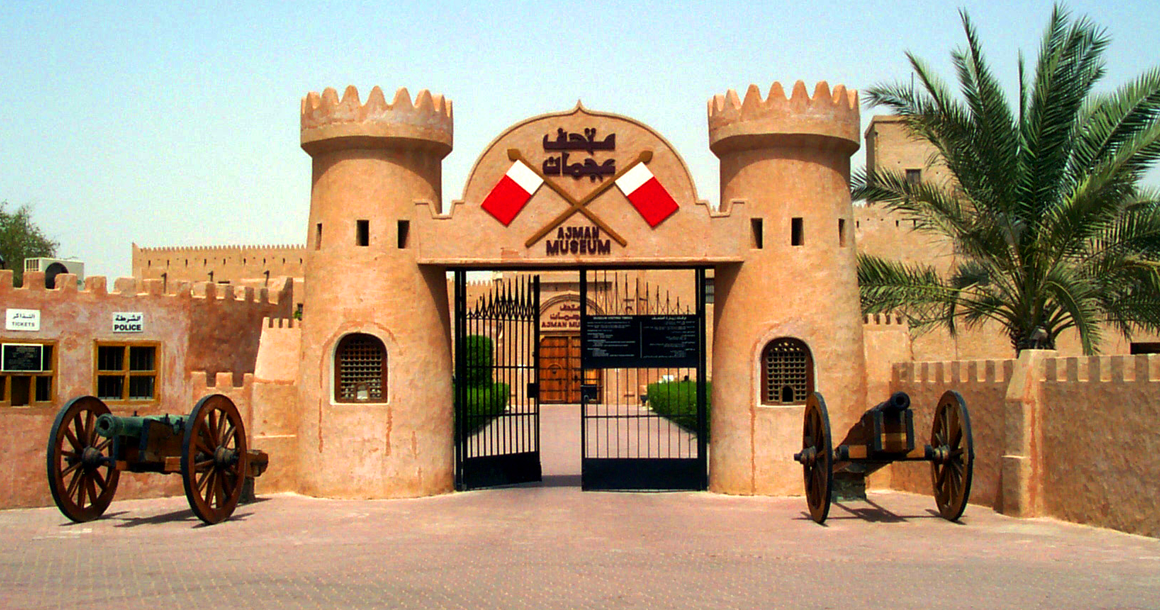 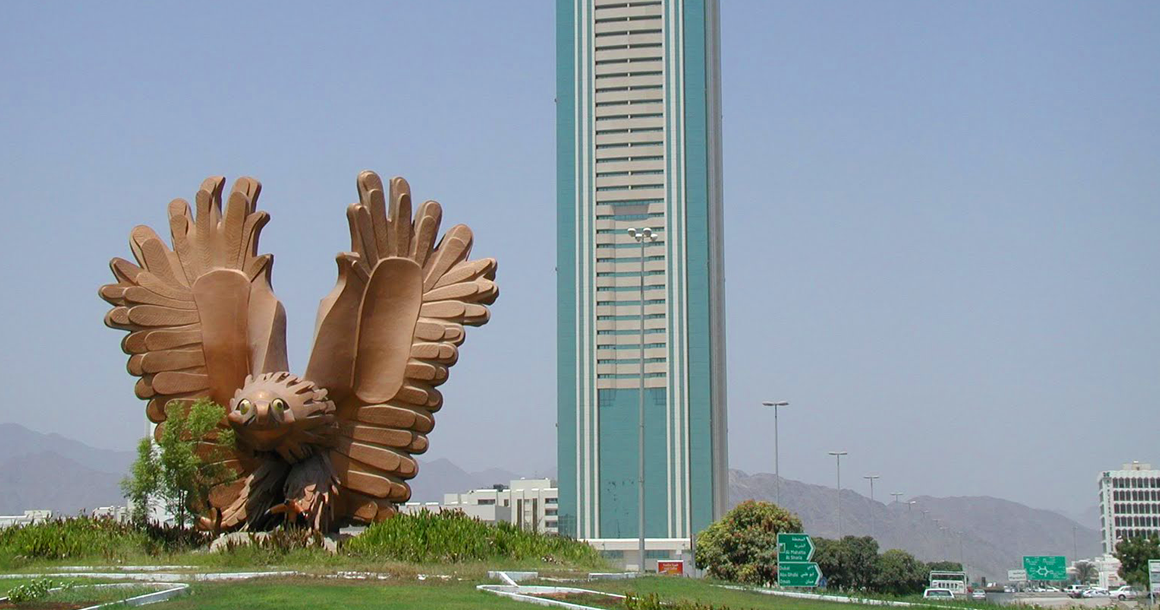 Arab Sheikhdoms – Oman, Kuwait, Bahrain and all of the Emirates of the UAE

Day2 Muscat
Today you can explore Muscat, the clean capital city. A unique blend of the ancient & the modern, Muscat is a beautiful clean city, which lies in the middle of a maze of brown pleated mountains, lulled by the Arabian Sea. The city has undergone dramatic development in the past two or three decades, however it has never lost its pride in its heritage & culture. You can start your tour with a visit to the Grand Mosque, which is an architectural marvel and is perhaps the new landmark of the city. You can continue your drive through the ministries area where you can see a number of modern buildings with touches of Islamic architecture. A drive a drive along the corniche will take you to Old Muscat. You will visit “Sidab Women’s Sewing Group” a non-profit community organization inspired and run by local women. The group helps women from this fishing village develop sewing skills, so that they can create handicrafts, which earn them an income. This visit is part of our keenness to support & promote tourism responsible in the country. The women’s creations are colorful and reflect Omani culture and you can choose to buy whichever product you like from their humble gallery. Next stop is the magnificent Al Aalam Palace (the official residence of Sultan Qaboos) flanked by the twin Portuguese forts of Mirani & Jalali. You can visit the Bait Al Zubair Museum, which has a fine exhibit of Omani history and culture. Then proceed to the most popular places of Muscat – enchanting Muttrah souq with its narrow covered alleys where the exotic smells of mounds of spices, coffees, ancient remedies and enticing perfumes fill the air. Explore the winding and zigzag alleys for a good bargain! Return to hotel. Afternoon is at leisure.

Day3 Muscat
Forts and castles are Oman’s most striking cultural landmarks and together with its towers and city walls, they have historically been used as defensive bastions or look-out points. It is estimated that there are over 500 forts, castles and towers in Oman. Your visit today would include a few of them, which are more remarkable & striking in their architecture & style. Drive towards Nizwa, the ancient capital of Oman. Nizwa was a seat of learning and the birthplace of Islam in Oman. Visit of the Nizwa fort and the Nizwa souq. The 17th century round fort and the souq famous for silver jewelry are the major attractions of Nizwa, not to mention the popular & interesting cattle auction, which takes place only on every Friday. Built on a solid base of rock, the huge tower was designed to withstand the vibrations of 24 cannons. We now move on to Jabreen. Built as a defensive stronghold, the Jabreen is perhaps the finest of Omani castles. The castle has dungeons, passages, rooms and ceilings decorated with fine carvings & paintings. Your last visit would be at Bahla famous for its handmade pottery. Bahla is listed in UNESCOS world heritage sites; however the fort here is now under renovation and is not open to public. Drive back to Muscat. (B, D)

Day4 Muscat-Kuwait
Our next stop is Kuwait, the country that changed the face of the Middle East to what it is today. Kuwait is an archetypical oil-rich state that founded only 300 years ago by the Al Sabah Family, whose descendants still rule the country. Kuwait means Òsmall fortress and this small settlement grew quickly; Ottomans and Persians influenced its history for nearly 200 years before it formally became a British Protectorate at the end of 19 th century. The first oil wells were found in 1936. The 50’s and 60’s were the magical era of the oil boom. We will be welcomed and transferred to our hotel. The rest of the day is free to explore on your own.

Day5 Kuwait
Kuwait is a cosmopolitan city-state with a population that has more non-Kuwaiti residents than locals. Our morning tour of Kuwait includes the Kuwait National Museum, Al Bader House , Sadu House, you will also be passing by the Liberation Tower, National Assembly House, Seif Palace, Jahra gate, Fish market & photo stop at the new dhow harbor and lastly visit the Kuwait towers.

Day6 Kuwait-Bahrain
Our next destination is Bahrain; we are met and transferred to our hotel. Since the dawn of history, Bahrain was known as the Pearl of the Gulf as it has been a strategic trading post of the great trade routes linking the
Indus Valley and Mesopotamia. It exudes old-world charm, courtesy and dignity as befits a nation whose history goes back more than 4000 years. Bahrain was the first place in the Arabian Gulf where oil was discovered in 1925 and it continues to enjoy oil wealth to this day. The rest of the day is free to explore on your own.

Early this morning you will be transferred to the airport for a flight to the richest of the United Arab Emirates, Abu Dhabi, where your will be welcomed and head out for a visit of Sheik Zayed Mosque, which is the third biggest mosque in the world. We later proceed around the bateen area where the palaces of the ruling family are located driving past them we stop at the magnificent Emirates Palace Hotel and visit the Sadiyaat Exhition. Next stop is a visit to the heritage village and have a photo stop of the breathtaking Abu Dhabi Corniche. We later drive to the cultural roundabout and visit the date market. Before sunset we proceed for Dubai to check into the hotel.

Day9 Dubai-Sharjah-Ajman
Our morning city tour of Dubai includes the Jumeirah Mosque Jumeirah beach stop By Burj AL Arab, a drive on the palm visit the Atlantis Aquarium and proceed to Burj Khaliffa for a photo stop. Visiting the observation gallery (optional – cost extra), view pass the palaces of the ruling family of Dubai, visit the Museum, as well as the Spice and Gold Souqs and drive to the Emirate of Ajman, where we will visit the Ajman Museum. Our next stop is the Emirate of Sharjah, including a visit to the Islamic Museum and stop at Souq al Masqoof. We then make a short visit to the Bird & Animal Market, photo stop at the Pearl Monument and the King Faizal Mosque, the Al Arsah Souq (Blue Souq or the central souq) and back to the hotel in Dubai.

Day10 Fujairah
Our next two days will be spent in discovering the remaining Emirates and Sheikdoms in the UAE. We start with a full day tour to the East Coast, which includes visit to the Arabian Wild Life discovery center, Dibba Al Husin, Bidya Mosque, which is the oldest mosque of the UAE, Khorfakkan Beach stop. Visit the Fujeirah Museum, photo stop at Fujeirah Fort and yet another stop at Wadi Ham where the Al Bitnah Fort is located. Photo stop at the breeding grounds of the turtles of Kalba before returning back to Dubai.

Day11 Umm Al Quwain-Ras Al Khaimah
In the morning we visit the last of the Emirates, Umm Al Quwain & Ras Al Khaimah. This includes the well-preserved Ras Al Khaimah Museum, followed by a visit to the old city, the fish market. Visit the abandon old
village of Jazirat AL Hamrah and the next stop is visit to the Museum of Um al Quwain, which is located in a historic fort and return back to the hotel in Dubai.